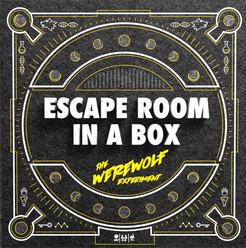 As a game master, you need a few hours of preparations with this escape room game. If you have all the materials ready, furnishing the rooms will not take much time. The scenario, which you receive digitally, explains step by step what the preparations are. Think of printing the assignments, cutting out certain items, putting down and hanging up the necessary materials. Here are tips to make the game as beautiful as you want. You hear from many people that they keep the materials so that they can play again of course not with the same group, but for example with a different group of friends, family or colleagues.

This game consists of 4 rooms, from which the teams have to escape. You split your group into groups of 2 to 4 people. 8 people can start at the same time as the escape room, the two groups both start in a different room. The total group can due to the time the game lasts consist of a maximum of 16 people.  And do you have a lot of spaces at your disposal, for example at a school or office? Then you can also make all materials from the game twice, setting up 8 rooms. This game can also be played at home with 2 or 3 players.

The teams take turns entering the first room. The game then automatically spills over into the following rooms. Because it is an Escape room game at your own chosen location, the rooms will often not be connected. That is not a problem at all. As long as there are only 4 available rooms, you can play this game with your group.

What do you receive with this Escape Room game?

You will receive the game by e-mail. In total there are 3 documents:

Necessities: 1 telephone with Wi-Fi or 4G per team and paper and pen and a lot of cleverness and fanaticism to escape in time. You need a telephone per team to receive hints. And who knows, you may have contact with the gang leader over the phone. Can’t choose between our games? We have our promotion especially for this. Take advantage of our super deal, where you get a discount on your 2nd, 3rd and 4th game.

Group game with more than 16 people

Playing the Escape Room with more than 16 people in many cases means waiting for a long time for many of your group members. Larger groups in particular therefore often choose a different game, one of the Murder games or the Pub quizzes are most often played by large groups.

You can easily play a Murder game for example Murder during the team outing, but the choice is larger with 40 people and in consultation, this can also be done with more people. You can actually play the Pub Quiz with all numbers of players. So if you are with more than 100 people, no problem.